Why I Chose the Fertility Industry (and continue choosing it!)

New England Fertility
I was never able to see the whole picture behind my computer screen, until one beautiful day!

I’m Candi Sue, the Senior Case Manager here at An Eggceptional Match. Here’s a bit of my story!

Anyone who has been through fertility struggles can tell you the heartbreak never leaves you, the feelings never leave you, the words you hear never leave you! After multiple miscarriages, I found out I was pregnant. I’ve always been very in tune with my body so I have always been able to find out at week 3ish! According to the pregnancy test, I was PREGNANT and it was about 2 to 3 weeks past ovulation. Yes, I used a digital test, after three of my cheapo Amazon tests came back positive I went all out and bought the expensive one because lets face it, anyone who is trying to get pregnant knows how expensive those tests get after a while (but you can’t help but test over and over every single month)!! Pregnant, 2 to 3 weeks; we were over the moon! We wasted no time updating the world via social media! I had my chalkboard with “Baby Pilcher” in curly green writing across the top! I began my weekly updates (of no body changes) but with how big baby was, how mommy was feeling. The last one was week 8 with the countdown to our doctor’s appointment! I updated from the busy waiting room that “Today is the day!” as we anxiously waited! I peed in the cup for the pregnancy test to show up positive there (as if I hadn’t taken one at least every other day since I found out)! We met with the doctor and talked a bit and was instructed to get undressed from the bottom down for my ultrasound; I still feel the butterflies in my belly. The tech came in and began the ultrasound and our excitement quickly dissipated, she told us this machine was broken so we weren’t able to hear the heartbeat, but we knew that the ultrasound machine wasn’t broken, it could hear heartbeats, just not my baby’s heartbeat because it didn’t have one. She ran out of the room as quickly as possible with the words “the doctor will be in shortly to discuss” trailing behind her as the black cloud rose above my head. We sat in silence for what felt like an eternity until the doctor entered, she wasted no time, “I’m sorry, there is no heartbeat”. No heartbeat, the cruel part was my body continued acting as if I was pregnant; a missed miscarriage is what it was labeled. I refused to accept it, clearly they were wrong, maybe I miscalculated (I hadn’t, I track everything with my handy dandy Ovia app) and there would be a heartbeat next week. I’ll never forget the feeling as I exited the building, I can still see the girl with her huge smile and ultrasound photos at the checkout window through my blurry, tear-filled eyes. I carried my baby for another week knowing we’d inevitably get the same news but I held onto this tiny sliver of hope that maybe, just maybe, they were wrong. I went to the appointment by myself, there were no smiles, there was no small talk and no heartbeat. They did some blood work, told me I was free to continue until I was ready to let go. I carried him for another week, I knew it was a boy from the very beginning, I had already picked a name, he was Rhett and I wasn’t ready to let Rhett go.

When I finally called to schedule the D&C (dilation and curettage: a surgical procedure involving dilatation of the cervix and curettage of the uterus, performed after a miscarriage or for the removal of cysts or tumors.) they recommended I have little Rhett genetically tested since I had reoccurring losses. I did. He was just a bit too much for this world with his extra chromosome, Trisomy 22, I was told the chances of this anomaly happening more than once was slim to none. I spent three days after the procedure on Cytotec with immense physical pain but nothing compares to the emotional loss. I returned to work, I smiled at people as they continued to congratulate me as I was too sore to utter the words out loud.

We continued on with life, we continued trying, after all, we were told it’s easy to get pregnant following a miscarriage. I knew my body inside and out, I knew I ovulated between 10 and 12 days after cycle day 1, I’m so in tune with my body I can tell you without a test when I am ovulating. We lost Rhett in October of 2016, by the time May of 2017 rolled around, I was spent. I tracked, I charted, we tried and failed; every month I would start with pregnancy tests WAY too early and continue taking them way too far into my cycle before realizing it was another month it had not happened. We had just relocated to Castle Rock, CO and felt it was time to put this dream on hold as we settled in. I began looking for a job in Castle Rock, one of the first opportunities I found was with a local fertility agency, I submitted my resume and within 15 minutes Tony Bevill was on the other end of the line setting up an interview. I wanted this job, I needed this career, I wanted to use my own story to understand these clients, I wanted to help with a dream I had yet to achieve. I was given my story and this opportunity together to make good happen in this world. Well, since I’m here introducing myself you can see how the interview went, I started this amazing career on April 10th 2017!

I came in like a wildfire spreading myself through every aspect of the company and my position, I soaked up every ounce of knowledge Angela Bevill bestowed upon me. (Side note, she’s a registered nurse, previously labor and delivery as well as IVF, and she’s donated her own eggs prior to the conception of AEM, NO ONE better to learn from!) I learned the intricacies of a cycle, the steps, mandatory regulations by the FDA and used my own knowledge to begin helping our clients. Little did I know all the positive energy and baby dust flowing within 757 Maleta Lane was working its way into me as well! In July 2018, I fell ill, allergies I was certain…vertigo, loss of appetite, sleeplessness… it couldn’t be, no, we stopped trying, we were settling in! With those lovely Amazon pregnancy tests I confirmed it could be, maybe, the line was FAINT. Well as someone who tried and tried, I can tell you a number of times I had sent girlfriends a picture of a test SWEARING there is a positive line to have them let me know that it was my own eyes playing tricks on me. I sent this one and it was confirmed there was an ever so faint line. Off to King Sooper we go, digital test purchased, coke purchased, butterflies in my belly. YES+. I was pregnant. It was Saturday, oy vey, nothing I could do until Monday. You bet Monday morning at 8 o’clock on the dot I was calling to schedule an appointment, still in disbelief. HCG, positive. Tests again in 3 days. HCG, rising. It was happening, but I knew not to get my hopes up, it had happened before. Days turned into weeks, weeks turned into months. I spent most days a bundle of nerves, I didn’t smile when I went to my appointments, my hands shook, I felt sick until they turned on the little screen and I’d see my little PEP’s heartbeat flickering away. Month after month I spent countless hours with my doppler on my belly listening to her heartbeat. My 20-week appointment came and went, they announced she was in the 48th percentile, she was nearly perfect, we were halfway through, I should have felt better but it’s never easy, you never truly feel like you’re in the “safe zone”. I was 24 weeks pregnant drinking a cherry coke when I felt my PEP move for the first time; it was the most magical thing I had ever experienced in my life. She was growing, she was strong, and she wanted me to know it. The following day as I lay on the floor watching the Falcons game I saw her little foot kick out and felt my heart skip a beat, she was in there, she was okay. Weeks went by and I learned to recognize her patterns; we had this secret life that no one else got to partake in but she and I.

27, 28, 29, 30 weeks and all seemed well, I passed my glucose, she was growing by the day! At 31 weeks I began experiencing the worst itching on the soles of my feet, I was sure it was nothing, after all, when you’re pregnant the hormones do wild things to your body plus you sweat more…athletes foot maybe? I finally reached out to my doc to see if I could get something for this awful itch, they called to inform me I would be going to the doctor THAT day to have testing done. Panicked and in tears I obliged, and they confirmed the fear they had evoked in me,  Intrahepatic Cholestasis of Pregnancy(ICP): a condition in which the normal flow of bile is affected by the increased amounts of pregnancy hormones. The relentless fear encroached on my everyday life once again. We began medication with the hope of making it to 36 weeks…we did. I delivered my beautiful rainbow baby at 8:19 am on my golden birthday.

Throughout my pregnancy I worked with clients who have been through far worse than I could ever imagine, I watched positive pregnancies and failed transfers, I saw smooth sailing and rocky seas. I tell you my story to show you that there can and will be a happy ending for your journey. I use my experience to better understand the needs of the clients that come to us, to empathize with what they have gone through, what they are currently dealing with and the trials that will come when their time with us is complete. I share my story and use it to guide through those rocky seas and help keep busy minds steering toward the positive and keeping their eye on that prize. 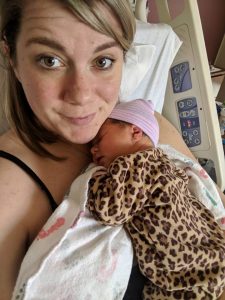 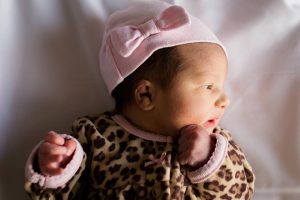 02
Aug 2018
By Candi PilcherUncategorizedComments Off on Why I Chose the Fertility Industry (and continue choosing it!)